From Isolation to Connection: The Power of Home Visiting 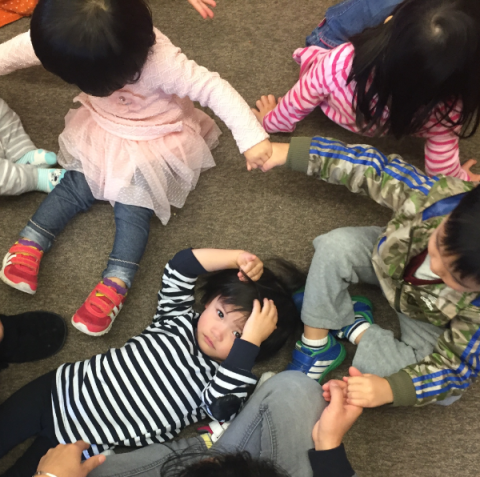 When Ngo came to Portland, she felt overwhelmed and alone. Then, her son was born. The country was new. Being a mom was new. She was starting from scratch. Myle Cao from IRCO was the missing link to her new “family.”

Ngo was worried about her son, Khoi. He was born shortly after Ngo immigrated to Portland from Vietnam to be with her husband. Now, Khoi was turning three. And she could tell something just wasn’t right.

“He was very shy,” said Ngo. “He didn’t interact much with other kids because we didn’t know anyone. I was so worried he wasn’t getting what he needed to be ready for school. But I didn’t know how to get help.”

That’s when Ngo learned about Multnomah County’s SUN Parent-Child Development Services (PCDS) program at the Immigrant and Refugee Community Organization (IRCO). PCDS connected her with Myle Cao a trained, bilingual and bicultural parent educator. Myle knew right away what to do because she had worked with moms like Ngo before. She invited Ngo to bring Khoi and his little brother to playgroups twice a week. Ngo came diligently.

Through the playgroups designed specifically for Asian and Pacific Islander families, Khoi and his little brother had a chance to interact with other young children. They sang songs, played games, read books, learned English, and did crafts and activities to build social and academic skills. At each gathering, Ngo built friendships with other parents who share her cultural background. Myle, the parent educator, acted as part preschool teacher for the kids, part guide and mentor to the adults.

Myle also visited with Ngo and her sons in their home every month, providing personalized coaching and advice. She talked with Ngo about the developmental stages her sons were going through, helped her with specific parenting challenges, and even showed her some of the basics of life in Portland.

With Myle’s targeted support, Ngo began to feel excited and capable as a parent and member of her community. More importantly, she felt like she had finally found a “family”—other parents she could call and ask for advice about parenting or anything else that she needed.

It took a little while for Khoi to break out of his shell, but after a few months he was actively participating at circle time, singing along with Myle and the other children, and raising his hand wildly when he knew the answer. Today, Khoi is in preschool. His teachers say he is on track and doing well. His brother, Huan, will start preschool next fall.

Ngo couldn’t be more relieved. “I’m always encouraging other parents to join the group because I see how my kids have been so successful,” she said.

When combined with at least one year of preschool, home visiting is one of the best ways to help children overcome early disadvantages resulting from poverty and other systemic barriers.

In 2015-2016, PCDS parent educators like Myle coached 554 families—but the need is even greater. Many of ELM’s home visiting partners currently have waiting lists.

ELM invests in PCDS because home visiting is an integral part of the early learning services in Multnomah County—and we want to make sure it isn’t just an isolated intervention. That’s why we’re also connecting more PCDS families to high quality preschool programs, ensuring children are registered for kindergarten on time, and fostering a smooth transition to kindergarten through trained family engagement specialists (P-3 coordinators) at key elementary school campuses.

By improving connections to schools and community, ELM makes sure families like Ngo’s are better supported through the tough times, so their children can do the important job of learning and growing.

For more information about PCDS, please get in touch with Sanjeev Balajee at sanjeev.balajee@multco.us.